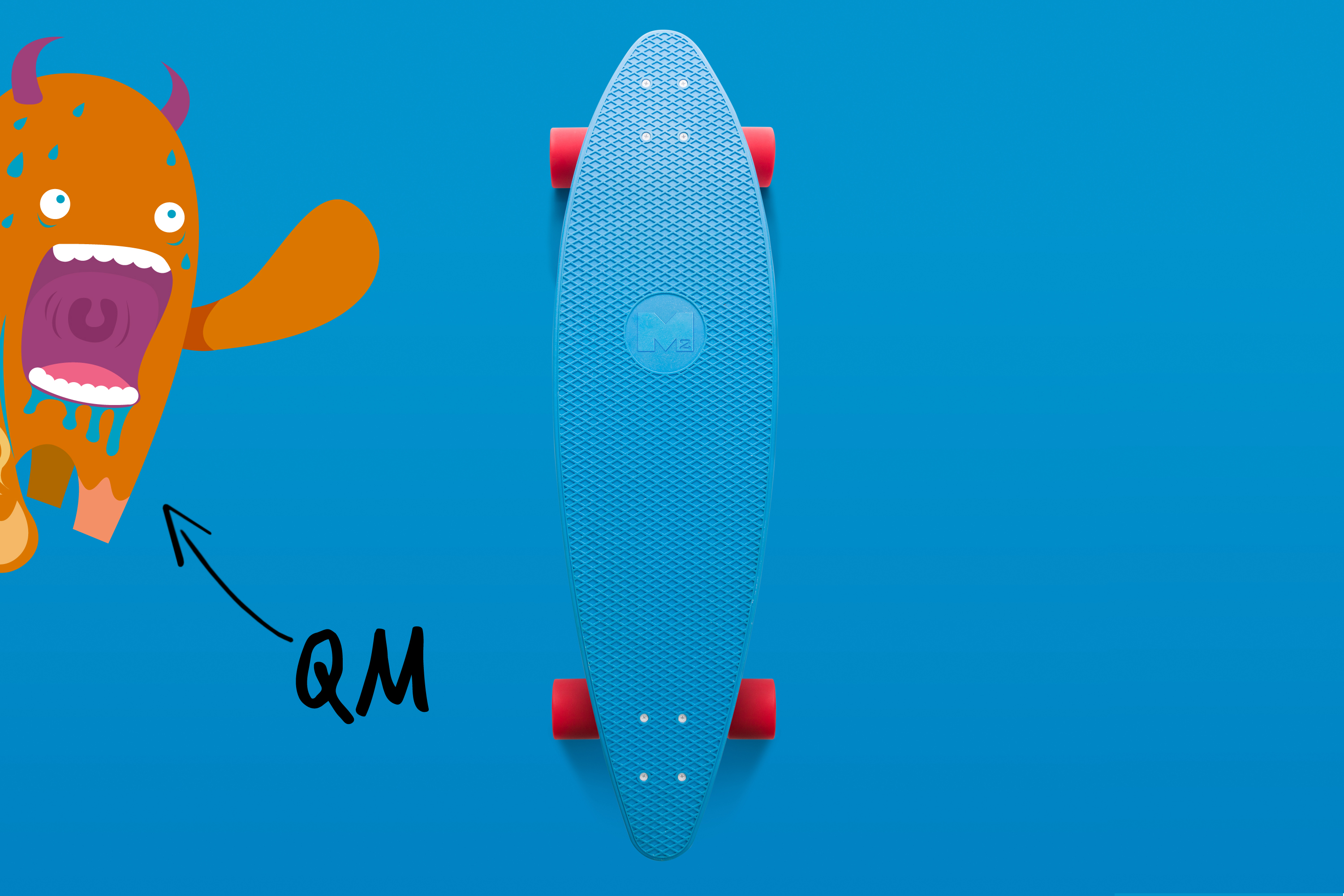 The Quit Monster is scary, intimidating, ruthless, mean, critical, and 10 foot tall with big teeth.  Have you ever been scared into quitting something new by the Quit Monster?  Fear-inducing thoughts that produce the two-word surrender “I quit.”  A life sentence restraining order to keep you from ever trying again issued by QM and you’re done.

Why do we give in so easily when attempting to learn something new?

Comparison to a pro and someone who has been killing it for years?  Me learning to skateboard compared to Tony Hawk in his prime (which is when I was learning for the first and last time) made me feel like I was so far from greatness I should just quit now.

Public fall for all to see?  Yes, that one!  A skinny board with four tiny wheels, sure I’ll put my foot on the board and push myself with the other foot.  What if my foot that is on the board isn’t in the center and more to the back when I push?  Oh, you tilt slightly backward losing your balance causing you to fall and the board to be launched like a rocket from under your foot.  Yes, everyone saw, and yes everyone laughed.

Fear of failure repeating itself was the one that kept me from ever “really” trying again.  It was years later before I held another skateboard.  I did a lot of holding the skateboard and less of riding the skateboard.  I psyched myself up to learn a few summers later.  The Quit Monster didn’t have to work overtime on me, just offer a few reminders from the past.

How did it go?  You want to know if I fell again, don’t you?  This story could only end with a broken wrist as I try and catch myself this time preventing another embarrassing fall.  I wish.  That would be less embarrassing.  No, that didn’t happen.  It couldn’t happen.  Not if I’m sitting on the board pushing myself with my hands cruising on a skateboard just like they were intended.  Pure bliss.

This story came to mind as I wondered why I never learned to skateboard.  Just thinking back, curious as to why I quit.  I got my answer.

Comparison, public fall, and fear of repeating a failure.

I’m not ok never attempting to write something meaningful that people want to read.

I’m not ok listening to the Quit Monster when it comes to trying something new.

I’m not ok only trying once when attempting something for the first time.  I refuse to sit and quit.  I commit to standing and trying again.

I am ok never learning to do more on a skateboard than sit on it.